CPAC Anti-Racism Webinar Series (6): How to Deal with Racist Behaviours 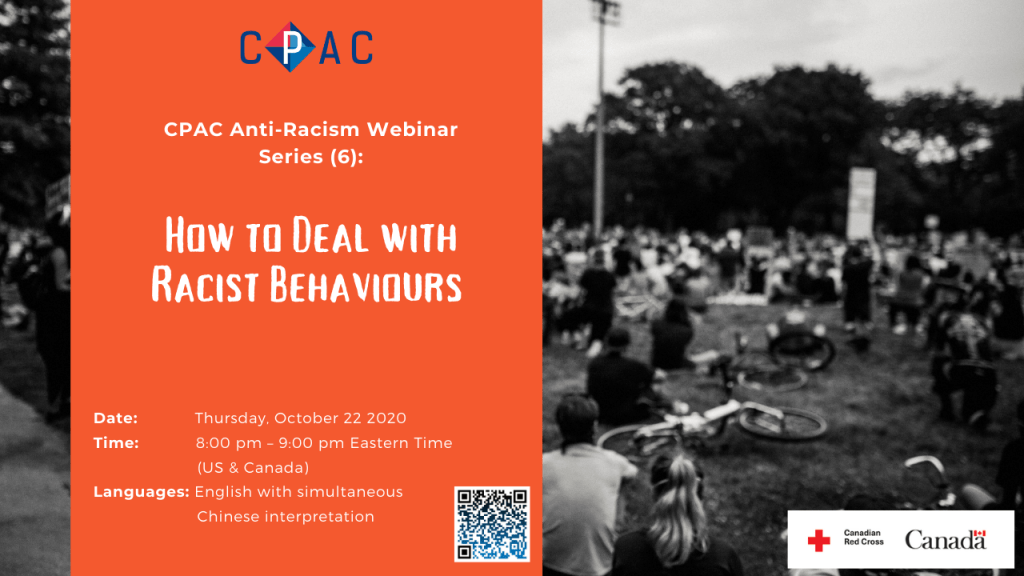 Webinar: How to Deal with Racist Behaviours

On October 22, 2020, we will be presenting the sixth workshop of this webinar series, How to Deal with Racist Behaviours, where Montreal based human rights expert Fo Niemi will use real life examples to share practical strategies and tips gleaned from his decades of experience in fighting against racism and injustice. Topics of this seminar include:

Mr. Fo Niemi is Executive Director of the Montreal-based Center for Research-Action on Race Relations (CRARR). Over the years, he has also held numerous part-time positions, including Commissioner with the Quebec Human Rights Commission (1991-2003). He also served as member of an advisory committee on multicultural liaison of the Canadian Association of Chiefs of Police and on employment equity for the Quebec Treasury Board, the Board of directors of the Canadian Race Relations Foundation; the Canadian Broadcast Standards Council and the Quebec Government’s Task Force on Racial Profiling. His major recognitions include the Prix de la justice du Québec and the Human Rights Award of the Lord Redding Law Society (Montreal’s Jewish Bar).