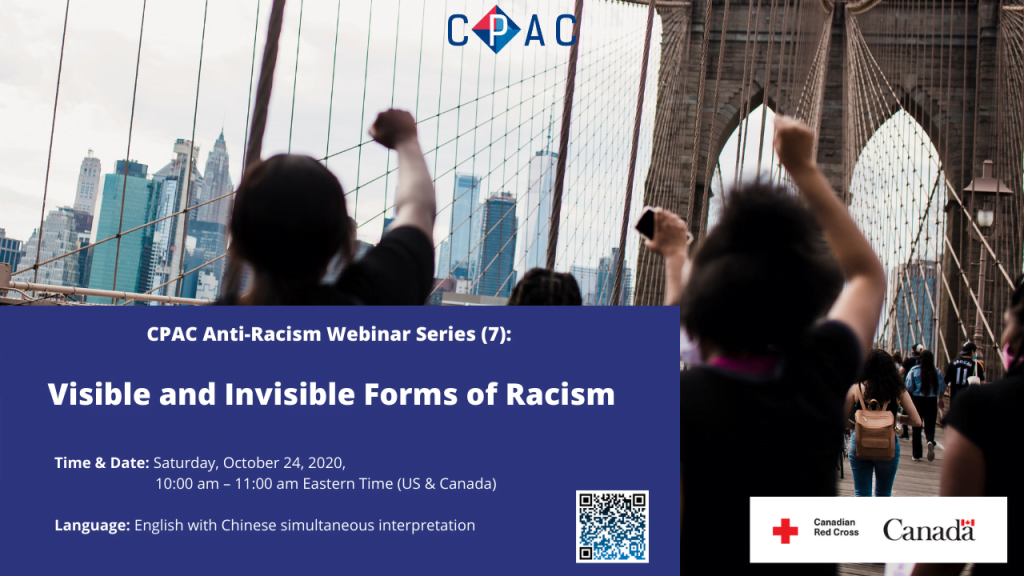 This seminar, Visible and Invisible Forms of Racism, will uncover some deeply hidden history of racism against Chinese in Canada and discuss the many overt and covert forms racism and their impact on the Chinese Canadian community as they manifest on the street, in the work place and in our school system.

Specifically, this interactive webinar will cover the following important topics.

Ms. Teresa Woo-Paw is the first Asian Canadian woman elected to the Calgary Board of Education and the Alberta Legislature where she served as a Cabinet Minister.

Teresa was appointed as the Chair of the Canadian Race Relations Foundation in 2019 and is currently Chair of ACCT Foundation, Co-Chair of Asian Heritage Foundation, Chair of the Eco-Village of Hope, Board Member of Calgary Arts Foundation, Honorary member of the Korean Women’s Association and the Malaysian Singapore Brunei Cultural Association. She is also the founder of the Ethnocultural Council of Calgary (Action Dignity) and the Calgary Chinese Community Service Association, and the President of Teresa Woo-Paw & Associates Ltd.