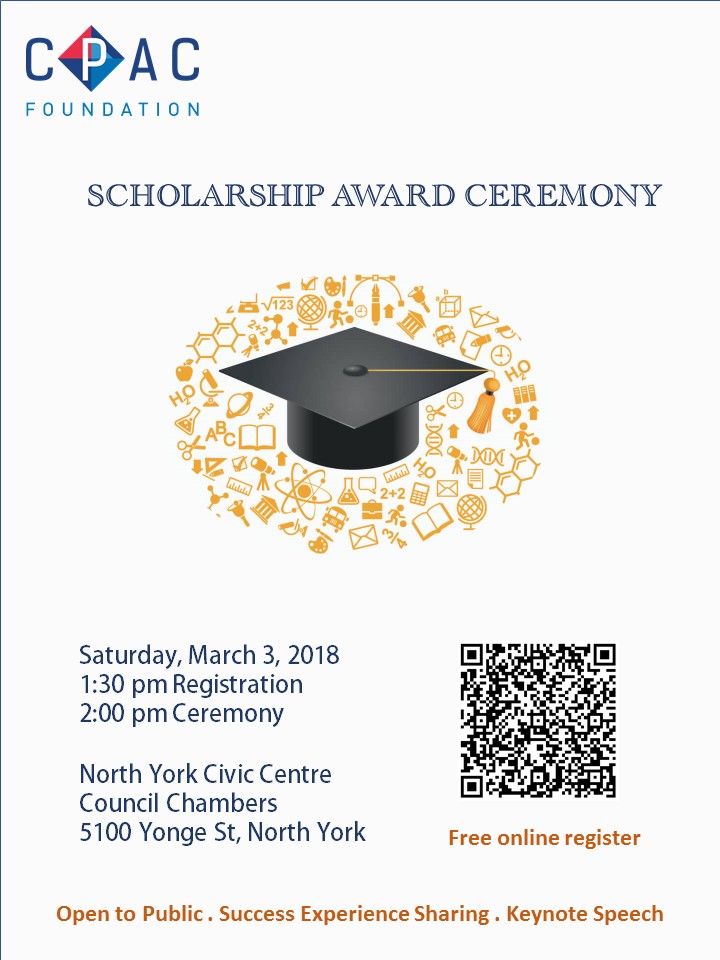 March 3, 2018, Toronto, ON – Eight outstanding students were recognized for their academic achievements and community contributions at CPAC Annual Scholarship Award Ceremony on March 3 at the North York Civic Centre.

The CPAC-TD Insurance Meloche Monnex Scholarship, worth $3000, was given to an accomplished post-secondary student with demonstrated leadership. The winner is Kevin Zhang, presently attending his 2nd year at McMaster University’s prestigious Bachelor of Health Sciences program. Kevin finished his first year with a perfect 100% GPA who has received numerous awards, notably the McMaster University Provost Honor Roll Medal in recognition of his academic excellence.

Two CPAC Trailblazer Scholarships, worth $3000 each, were given to the students that played active and leading roles in the meaningful projects to the community. The recipients include Aidan Brushett from Anderson Collegiate Vocational Institute(academic performance with an average of 96%), who has led both his secondary school and the Town of Whitby to become officially recognized by NGO Bee City Canada and Lisa Wang from Marc Garneau Collegiate Institute(academic performance with an average of 94%), who led to a three-year streak as a Platinum EcoSchool and designation as Canada’s third Bee City School.

The total value of scholarships and awards given out this year is $14,000. Below is the full list of recipients:

“The Selection Committee had a difficult task in choosing only eight individuals out of many worthy applications,” remarked Richard Lim, President of CPAC Foundation. “The recipients are picked based on their combined achievements in academic excellence and community involvement.”

In addition to the award recipients sharing their stories, the event also featured a keynote speaker from Huawei, a world-class tech company that rivals names like Apple and Google. In a speech entitled “Huawei … A World-Class Tech Company and the Future of Work,” Huawei Canada’s Technical Director Leo Jin spoke about Huawei’s corporate culture and HR planning relating to recruitment, training and leadership succession. He also touched on Huawei’s strategic directions for the future and its implications for education and career planning. 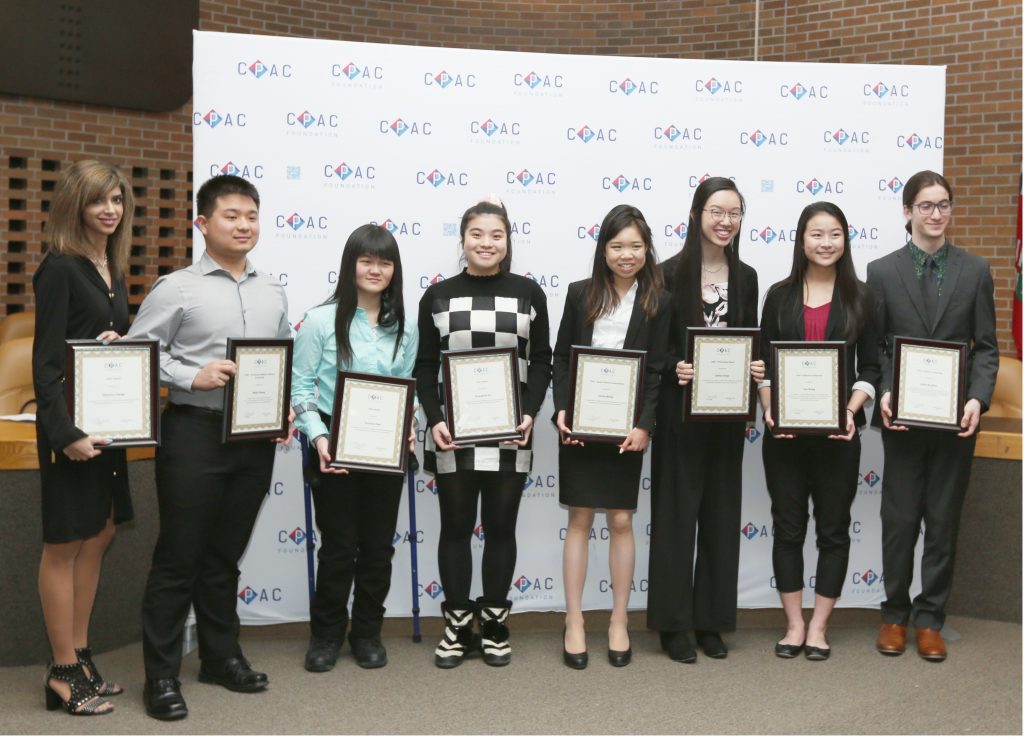 The CPAC Foundation is a registered charity that raises funds for its education-related initiatives as well as CPAC’s work in helping internationally educated professionals obtain employment and integrate into Canadian society. The Foundation organizes activities that provide educational information to parents and students and provides scholarships and bursaries to secondary and post-secondary students who have demonstrated social responsibility and a determination to pursue academic excellence. Up to date, it has given out more than 200 scholarships and bursaries with a total value of $278,000. It has also built two schools in poverty and disaster-stricken areas in China.