The winner of the top honour, the $3,000 CPAC-TDIMM Prestigious Scholarship, was Burlington’s Andrew Wong, an all-rounded student who is expected to graduate from the Geography and Environmental Management Program at the University of Waterloo. Throughout university, Andrew has been a student, an environmental advocate, a student leader, a community volunteer, an academic researcher, a visual artist, an expedition photographer, a musician, a varsity athlete, a public speaker, and a journalist. He founded and led three Canadian and international youth delegations to attend recent United Nations Summits and Climate Negotiations, including the United Nations Conference on Sustainable Development in Rio de Janeiro (2012) and the COP19 UN Climate Negotiations in Poland (2013). In 2014, Andrew was named a National Geographic Young Explorer by National Geographic Society, for Andrew’s research in sustainable livelihoods of peoples of the world, particularly indigenous cultures.  In 2014, Andrew lived in the Nepal Himalaya to learn about Sherpa lifeways and then lived in Nunavut to learn about traditional Inuit hunting ways.

Another outstanding student, Heather Tang from Toronto, won one of the CPAC Awards for high school students for her exceptional achievements at the young age of 15. In addition to being a youth leader, Heather has successfully started her own product brand, VISIBL a line of LED cyclist jackets with turn signals, a technology which she has patented in the US and Canada last September. The project, won four out of six Shad Cup Awards in the SHAD Entrepreneurship Challenge in 2013.

Grace Zhang, a pharmacy student from the University of Alberta, was one of two CPAC Bursary recipients. Grace’s combined average for the last two semesters was a near perfect 98.8 in this very competitive program.

“We received applications from about a hundred brilliant students this year, from across the country.   The Selection Committee had a difficult task at hand, but ultimately decided to award ten individuals based on their combined academic excellence and community involvement,” remarks Richard Lim, President of the Education Foundation of CPAC.  “EF has given out over 200 monetary awards in the past fourteen years with a total value of $235,000.  We would like to thank all of our sponsors and donors for their generous and continued support that has allowed us to fulfill our commitment in this regard. We would especially like to thank CPA Ontario, the Diamond Sponsor of the 2014 CPAC Scholarship Award Ceremony,” continued President Lim.

Ms. Soo Wong, Member of Provincial Parliament for Scarborough-Agincourt, was the Guest of Honour who delivered an inspiring keynote speech sharing her experience as an immigrant kid, a striving student, and a hardworking public school board trustee and member of provincial parliament, encouraging students to get involved and make a difference in their communities. 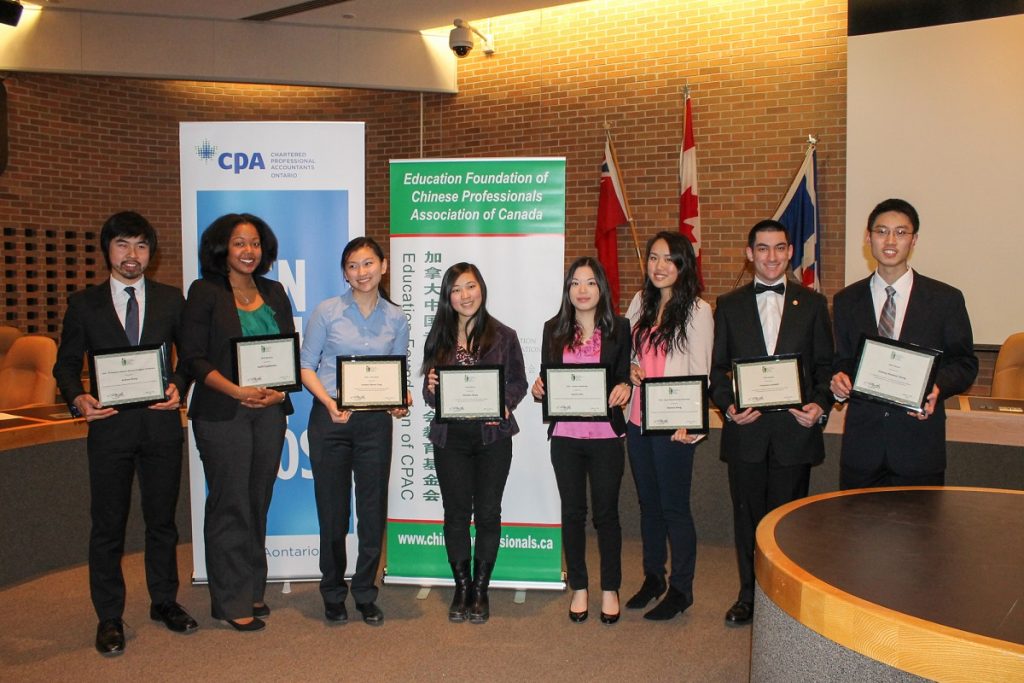