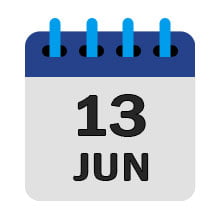 On June 13th, CPAC's Executive Director Andi Shi will be hosting a virtual fireside chat with Mayor of Toronto, John Tory. Join them for an intimate discussion on the Mayor's experience as the leader of Canada's largest city and during his other various roles in the business and law sector.

We ask that participants submit their questions when they register. There will be an opportunity to ask live questions during the conversation via a chat box.

Click here to register or scan the QR code below.

Note: You must register before Friday noon, June 12 to get a code to access the virtual event. Capacity is limited; first come first served. The access code will also be sent to registrants by email on Friday, June 12, 2020.

Born and raised in Toronto, Mayor Tory has spent his career promoting and giving back to the city he loves. As a lawyer, talk show host, businessman, Member of Provincial Parliament and Leader of the Official Opposition at Queen’s Park,
and finally as Mayor, he has long believed that the diversity of Toronto is its strength. As Mayor, John’s focus will be on bringing the city together as One Toronto. Under his leadership, Toronto has attracted jobs and investment and emerged as an undisputed centre of innovation and opportunity on the world stage.

The early years of Mayor Tory’s career were spent practicing law in Toronto, and he was later elected as a managing partner of one of Canada’s biggest law firms. In the 1980’s he served as Principal Secretary to Premier Bill Davis and as Associate Secretary of the Ontario Cabinet. In September 2004, Mayor Tory was elected leader of the Progressive Conservative Party of Ontario. In 2005, as PC Party Leader, Mayor Tory would serve as the Leader of the Official Opposition at Queen’s Park.

Mayor Tory is a lifelong, and long-suffering, Toronto Maple Leafs fan – and is an avid supporter of all Toronto’s teams and attractions. Mayor Tory and his wife Barbara have been married for 41 years and have four children and five grandchildren.